The way to Pest Control from Rimmington.

Pest control is a safe minigame in which people fight with each other versus NPCs from another dimension. Players must defend an NPC known as the Void knight from an onslaught of monsters, while at the same time destroying the portals from which the monsters come from.

This is a safe minigame. Players who die keep their items and will respawn on the boat, and can rejoin the combat immediately. When you respawn all your stats will be restored to normal levels. This means your Hitpoints, Prayer points, the Special attack bar, and Run energy are fully restored. Stats boosts such as potion effects will also be removed on death.

In order to win the game you must destroy all four portals before the timer ends. If your time runs out you will lose the round. It is best to leave a couple of people defending the Void Knight while the others kill the portals and the rest of the monsters, this way you almost have a guaranteed win!

During the minigame there will be multiple NPCs spawning in the middle trying to attack the knight, when the Void Knight dies you lose the game and will not receive any Pest-tokens. Therefore it is very important to have a couple of people defending.

Once the minigame has ended everyone will be teleported back to the scaffolding on Void knights' outpost. When your team has won the game you will receive Pest-tokens depending on the amount of damage dealt, however if your team lost the minigame you won't receive any Pest-tokens.

You can choose if you want to exchange your Pest-tokensfor items or for a certain amount of combat experience. 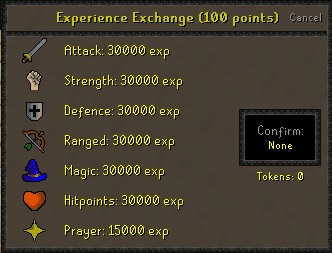