Clue scrolls are a series of tasks you will have to do to recieve a reward. They can be obtained as a rare drop from almost any monster in the game, ranging from goblins to bosses. There are four tiers of clue scrolls, being easy, medium, hard and elite. These all vary in terms of difficulty and rewards, the more difficult the clue the better the possible rewards.

All monsters drop clue scrolls, the tier of clue a monster drops varies. There are two things that affect what clue a monster drops, it's combat level and hitpoints. The table below shows exactly what drops what tier of clue. A monster will drop the highest possible clue it can drop with it's stats. For example, ice demons drop elite clues due to their combat level being high enough for it, however their hp is on the lower end. You can obtain multiple of the same tier of clue scroll.

These steps involve doing an emote at a certain location. These are found in all clue tiers. Upon doing the emote there is a chance a double agent will show up, killing him and doing the emote again will cause Uri to show up and progress you to the next step.

These clues involve running around an area aimlessly, scanning the area until you find the spot you're supposed to dig at. Click your clue scroll to scan the surrounding area, your clue scroll will tell how far it's scanning area reaches. If you've found the spot there will be a flashing arrow to indicate the digging location. Double agents may also appear when digging, kill them and dig again to progress the clue.

Item clues require you to talk to a specific npc while wearing some specific items. With higher tiers of clues the items necessary may require higher levels to equip and might be a lot harder to acquire. 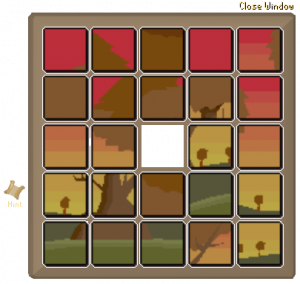 One of the puzzles you can find in hard and elite clue scrolls.
In hard and elite clue scrolls you may come across a puzzle. This puzzle needs to be solved in order to progress the clue. You can see the solution of the puzzle when you hover your mouse over 'hint', your goal is to slide the tiles to solve the puzzle. There is one free tile you are able to move other tiles to. While people inexperienced with these puzzles will say they're very difficult, they can be solved in a matter of minutes. There is a certain technique to solving them, it's shown in the image below. 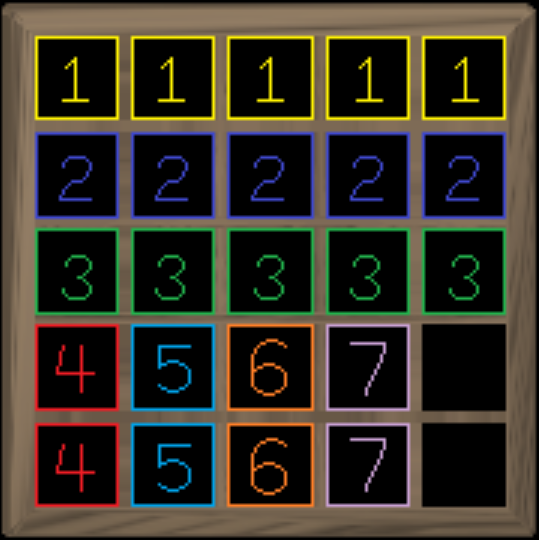 You first complete the top row, after that you do the same with the second row and the third row. You won't be able to complete the fourth row in a similar manner. Your best bet is to solve the column of two tiles most to the left or right, and repeat that for the rest of the puzzle until it's solved. Once it's solved, click 'close window' and you should progress your clue.

Closing the window will not reset your puzzle, it will stay the way it was.

Finally, what's probably the most important to most people; the rewards. When you finish your clue you will get a casket of the same tier as the clue scroll, this can be opened for the rewards. These caskets are tradable and can thus be sold to other players. With every clue you'll be able to get a small amount of purple sweets and biscuits aside from the normal drops. Clicking 'expand' will show you the droptable for each respective tier.