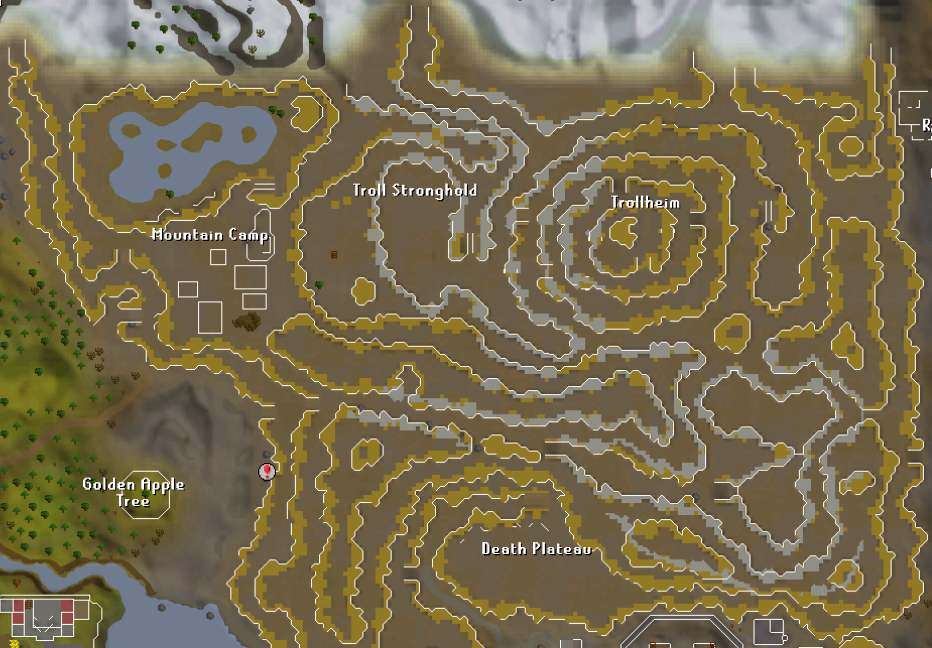 A picture of Trollheim's location on the World Map

Trollheim is one of the tallest mountains in Emps-World. Trollheim is mainly used as a route to God Wars dungeon since it's the fastest way to reach God Wars Dungeon.
There are lots of trolls scattered around Trollheim, those trolls consist out of two diffrent types; The Thrower troll and the Troll spectator. Both are aggressive against humans meaning they will attack you on sight.

These are all the methods of travelling to Trollheim.